Remembering in the best possible company our adventures in one of the most incredible places on Planet Earth: the Galapagos Islands.

Silvia Casasola & Bruno Cardeñosa interview us about the particulars of the only place in the world where nature comes always first and humans later.

Such an honor to participate in the second program of "Realidad Transcendente".

Santiago Vázquez interviews us about the world of Jack the Ripper, giving a free reign to freedom of opinion. We talked about how beliefs are toxic at the time of investigating and creating an opinion in a case like this, and many other things.

Presentation in Vitoria-Gasteiz of the book R.M.S. Titanic

We want to start a series of videos in pur YouTube channel about our favorite topics and nothing better than to do it with de Titanic and the presentation of the book R.M.S. Titanic that took place in Vitoria-Gasteiz.

The great investigator of misteries in the Basque Country Enrique Echazarra is the one doing the introduction.

Probably the place on Earth with the greates concentrations of prehistoric remains. Dolmens and tens of thousands of standing stones perfectly aligned. Proof of what human beings can achieve if we are motivated... and have time at our disposal. 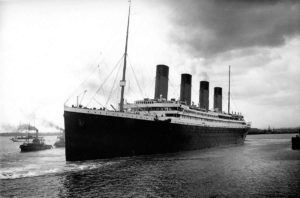 In a few weeks there's going to be a surprise around one of our favourite topics, R.M.S. Titanic.

For the time being, as an appetizer you can listen to the progrm we dedicated in Dimensión Límite to the many myths about the Titanic. Many... and very false. After that we'll talk with the great Mikel Navarro about the transportation means used in the Star Wars universe, although –as always– it degenerates into something... different. 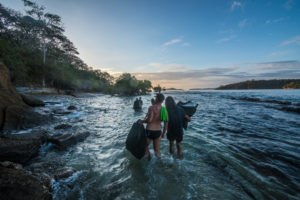 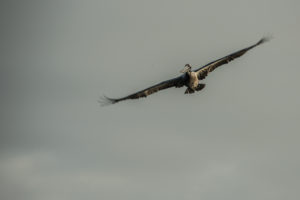 Nice chat with Silvia Casasola & Bruno Cardeñosa in La Rosa de los Vientos about the voyage around the world of the 7 Seas Foundation and the adventurer Fernao de Magalhaes.

The rubbish bags were filled in just 20 minutes in a deserted island in the Pacific Ocean, in case someone had doubts we are destroying our planet.

Elena in the Land of Horror

Interview in "The Land of Horror" by the always inquisitive Elena Merino, about Jack the Ripper and his world.

Interview in Galician Radio, about the scientific study done on the shawl that alledgedly belonged to Katherine Eddowes.

It seems we have the last try to pull our leg with pseudo news related to Jack the Ripper. This time they try to sells us that the case is solved: Aaron Kosminski is the East End murderer. Heck, no! Between the great Silvia Casasola and I we try to demosntrate that this is not true in La Rosa de los Vientos, last sunday. You can listen to the excerpt of the program here:

Interview about Jack the Ripper & the Zodiac - El Sótano Sellado

Excerpt from the special program "This is the Zodiac Speaking" from "El Sótano Sellado" (The Sealed Basement). We recommend to listen to the whole 12 hours of the broadcast, because it's a masterpiece of radio in which difficult issues are addressed, with rigurosity and objectivity, but without morbidity.